In 2004 I made a trip through India with my then girlfriend. We wanted to go to Kashmir in North India and then travel back to settle down in Varanasi where my Guruji lived. This itinerary did not work. On the way to Kashmir I became altitude sick. Not only did I long for the lowlands and plains, I preferred to be with my Guruji. Because I didn’t want to travel from him to the North of India. I wanted to go to him, I missed him.

Part of our itinerary was to also see the origins of the Ganges. This river is a lifeline for the entire northern subcontinent. In India, the Ganges is the most sacred river. For Hindus, a river symbolizes the flow of life, a place where elements come together. The river and its banks are a place for meditation, ritual and prayer.

To see the origin of this special river we first traveled to Gangotri. This is a small town high in the mountains with many temples. I don’t know what kind of idea you have about the origin of a river. I had thought of finding a rock along which a stream seeps down. That forms a measly stream, which much later becomes a small mountain stream, that many mountain streams together form a river.

In Gangotri we slept in a room above the Ganges River. This river was not a mountain stream but a large thundering ‘white water’ stream, which dragged branches and boulders down with it. With the window open, you couldn’t even understand each other. It seemed as if we were standing right next to a waterfall so loud was the roar. We were not yet at the source of the Ganges.

At the foot of a glacier, there is the beginning: ‘The Mouth of Ma Ganga’. We travelled on foot with a guide and a pack donkey for the bags, on our way to Gaumukh. Walking towards the great Himalayas we climbed further up and the air became thinner.

In Gaumukh we looked out over a large plain in which there was a glacier. Much further behind the beautifully high mountains. For tourists like us, a spartan lodging was built (read large wooden cabin) with a makeshift restaurant. The building felt desolate, it was dark and bleak. But outside, the sweeping view of the colossal mountains was truly breathtakingly beautiful.

In the middle of that large expanse at the bottom of the glacier was a small wooden booth, with large red letters wc chalked on it.
“Why is the toilet there?” I asked the guide.
“It’s for tourists, it’s a clean chair toilet. Instead of the usual hole in the ground. If you want to use it, you have to get the key from that tent and pay ten rupees.”
“Smart,” I thought as I walked to the tent.

The tent was a blue camping tent for two people. The man who opened the zipper surprised me somewhat. I could see from his face that he wasn’t from here. He wore glasses and a modern windbreaker and spoke good English which showed that he had an education. He was from Calcutta, he said. Here we were at the beginning of the river. In Calcutta thousands of kilometers away, the Ganges ends and flows into the sea.

I asked him if he had been here for a long time, by his toilet.
“I’m here in the season.” He said.
“When it gets too cold, I travel down. That toilet ensures that I have a little income. I don’t need much here.”
In Calcutta he had an office job, but he had left much of that life behind him.

“What are you doing here?” I asked.
“Meditate,” he said, “I do Kriya Yoga.”
Now my surprise was even greater: This man is doing the same meditation as me?

Later that day he invited us for a cup of tea. Together with my girlfriend we shuffled shoulder to shoulder in his tent. He said that he was sent here by his teacher in Calcutta to deepen his meditation. To learn the real Kriya yoga from his teacher’s Guru.

I asked him about his meditation practice. Because I know what makes Kriya Yoga meditation authentic, I quickly notice whether someone has access to the original teachings or not. It was true, he was a ‘Kriya brother’… but from a different ‘lineage’. A ‘lineage’ that I didn’t know existed.

I did not remember the name of his Guru, he travelled with a small group through the Himalayas. Sometimes he came to visit him.
“So when he comes, I’m here for him.”
“How do you know when he’s coming?” I asked him.
“Then I see him coming walking there.” He pointed to the giant glacier that stretched out in front of us.
“So you don’t know when he’s coming?”
“No, no idea.” He confirmed.

When I tell this story to people, some find it strange that this man has to brush a plee twice a day to deepen his spiritual practice. Others are amazed at the self-chosen loneliness. I myself marvel at the traveling Kriya master in the Himalayas. This was a ‘lineage’, another branch of Kriya yoga that does not go through Lahiri Mahasaya .

Kriya Yoga is a spiritual tradition thousands of years old. In order to ensure that this form of meditation remains accessible to humanity, the form is guarded by ascended and realized masters. Babaji, the immortal Mahavatar who resides in the Himalayas, initiated Lahiri Mahasaya for this purpose. So that self-realization can be achieved by ordinary people.

This idea of an immortal master who manifests himself only occasionally was rather difficult for me to comprehend. Now that I meditate a little longer, I understand that there are dimensions that we can only experience in meditation because we cannot perceive them sensorily. Kriya is a meditation on soul consciousness that may have been entered into in previous lives and continued through a continuous line of realized masters in this life. Until self-realization is achieved. In my meditations I experience a deep connection with my Guruji and previous masters in this ‘lineage’.

Kriya Yoga is for me and other disciples in the line of Lahiri Mahasaya a ‘house holder path’. This means that as a ‘householder’ you can have a family, just work and still reach the highest level of meditation, self-realization. You do not have to withdraw from society like the man in his tent.

But it is an attractive idea, so far away from civilization. Alone high in the mountains, in a tent, in meditation.

There will come a time when I will withdraw further from my meditation practice. Not yet. Now there is this reality at home: The toilet I have to clean here. 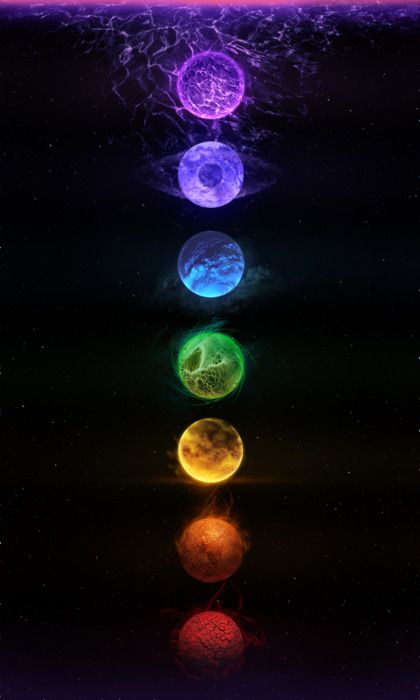 This website uses 'cookies' (text files that are placed on your computer) to make the website function, to help analyze the website, to improve the services on this site, or for marketing purposes. Some cookies are essential for the functioning of the website and do not store any personal data. Other cookies are not necessary and are only placed with your permission. You can refuse these non-necessary cookies, as the website may not function properly.
SAVE & ACCEPT